I always have the feeling that I'm lagging behind, I saw this sort of quilt a year or two ago and just thought it looked like a lot of work... but I've decided to have a go.

It's taken just over three hours to make four 12"x12" squares and I think it will need to be at least 6x6 maybe with borders... hmmm will have to wait and see when the other 32 are done. 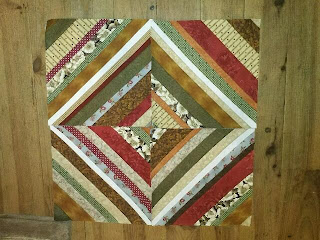 A couple of update pics -  it's coming along. I think by tonight I will have finished another 12 corner blocks. It's moving quicker than I thought 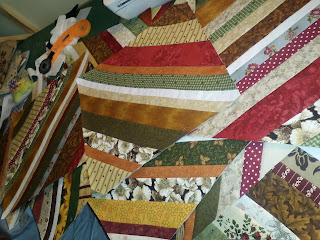 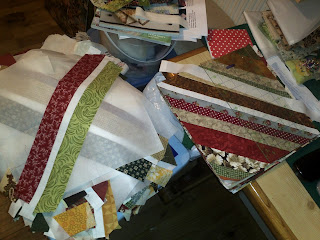 More update pictures - and it truly goes to show that lightening with photography is everything... the first is taken in my flat and the second in my neighbours house... what a difference. 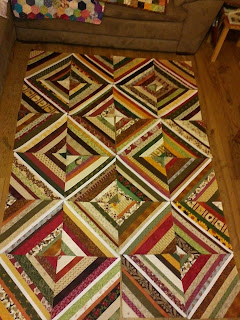 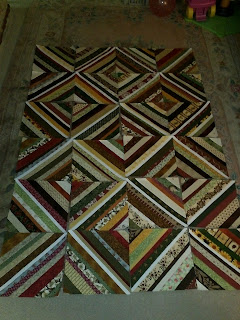 I'm really pleased with it so far - I think I'll leave it with that number of blocks and do some borders on it to pad it out. 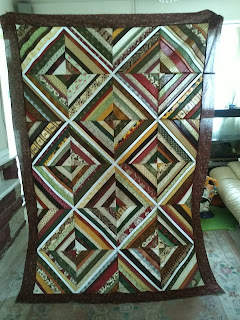 Here it is with the border on, but it has to be taken off again and re-stitches as the squares are all on the bias so it's stretched and it's just wrong, the border has too much fabric in it, strange!
Posted by junacreationsuk.blogspot.co.uk at 12:27