Having seen Jamie Lee's cat and bird helpers over at The Busy Bee I thought I'd show one of my cat helpers, Zippy, who even though he knows he's not allowed on the table, still gets up there.

He was not well boy earlier this year, some sort of neurological problem, possible stroke and two bleeds into his right eye, he is stable now though, but he doesn't half get away with a lot of things now - like getting on my sewing table :o) That and he's a pretty boy :o)

This is my sewing of a big 26" square cushion cover for a friends
sons' birthday. 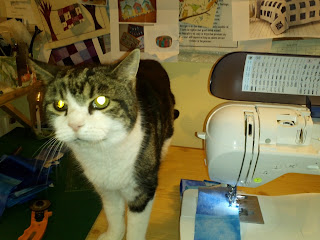 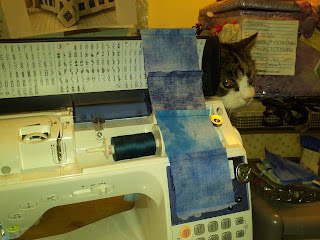