Hurrah!!! The quilt is finished

I cannot tell you how glad I am that this quilt is finished, it seems to have been with me for a long, long time - partly due to the fact my machine broke during the making of it, but still I'm glad it's going on Friday.

I am pleased with it, though I procrastinated massively on Saturday when it came time to quilt it - I even decided to clean my flat first (soooo not like me - it's normally the other way around sewing instead of cleaning), as I really wasn't looking forward to it - I've decided I don't like the quilting part - maybe if I basted I wouldn't mind it, but it's just the whole shoving of large quantities of fabric and wadding through the gap in the machine - I didn't actually start to quilt it until the Sunday - how's that for procrastination :o) 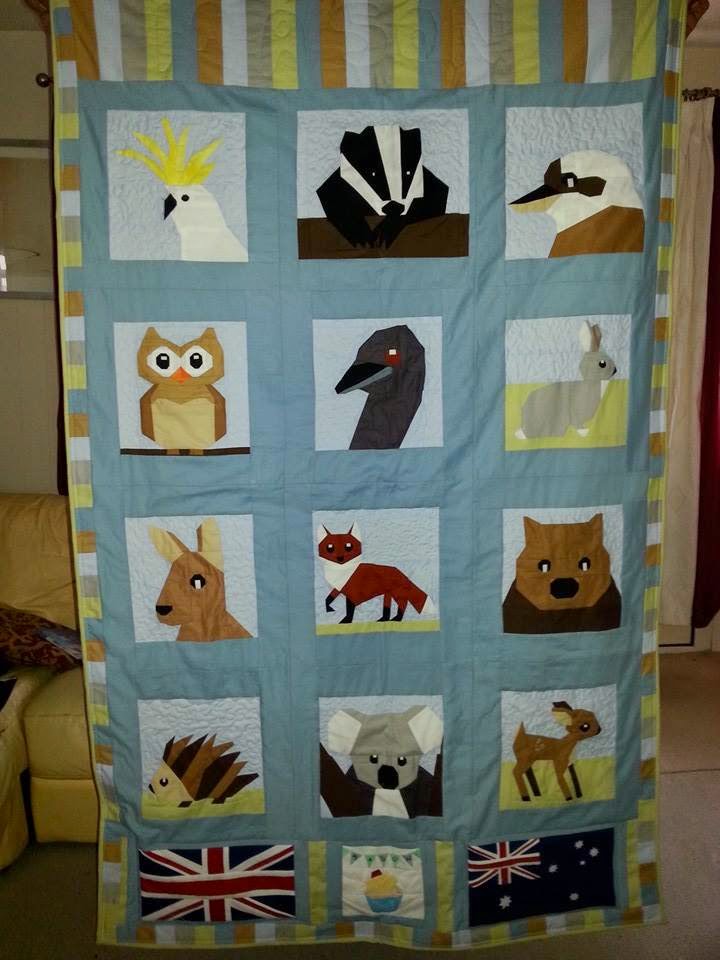 I did a bit of free hand letter quilting in the top of it, the little boys name and I stippled in all of the pale blue parts. It's not quilted as much as I would have liked, but I really had reached my fill of it, I think it is enough though, as I want it to be soft for him.

The flags are because his mum is Australian and his dad is English and the cupcake is because the mum has a company called the Cutest Cupcake. In the bunting above the cupcake I've embroidered his name as well.

The line next to the British flag I've take out, as it was making it look weird.

Below are a few of the quilted blocks. 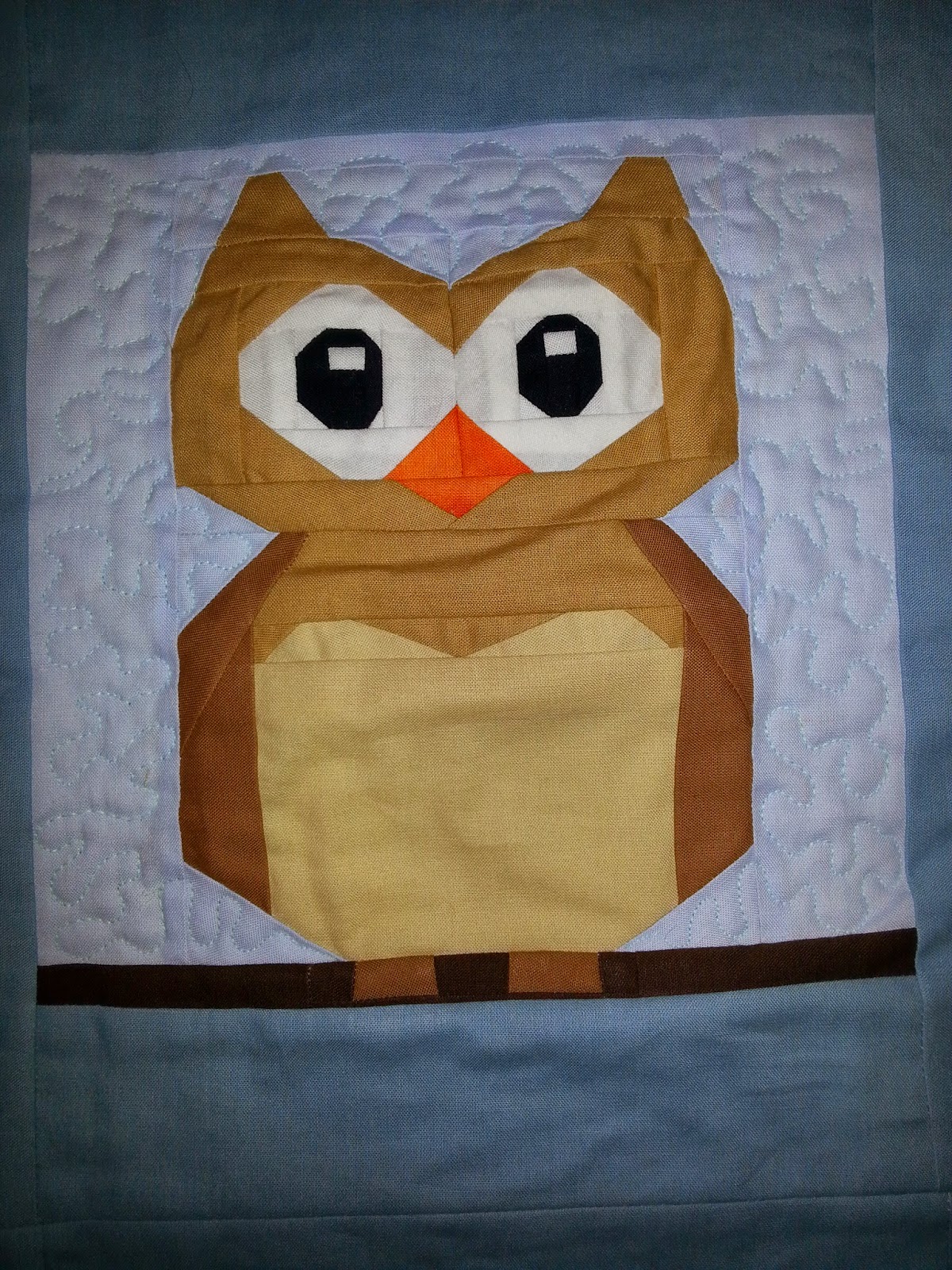 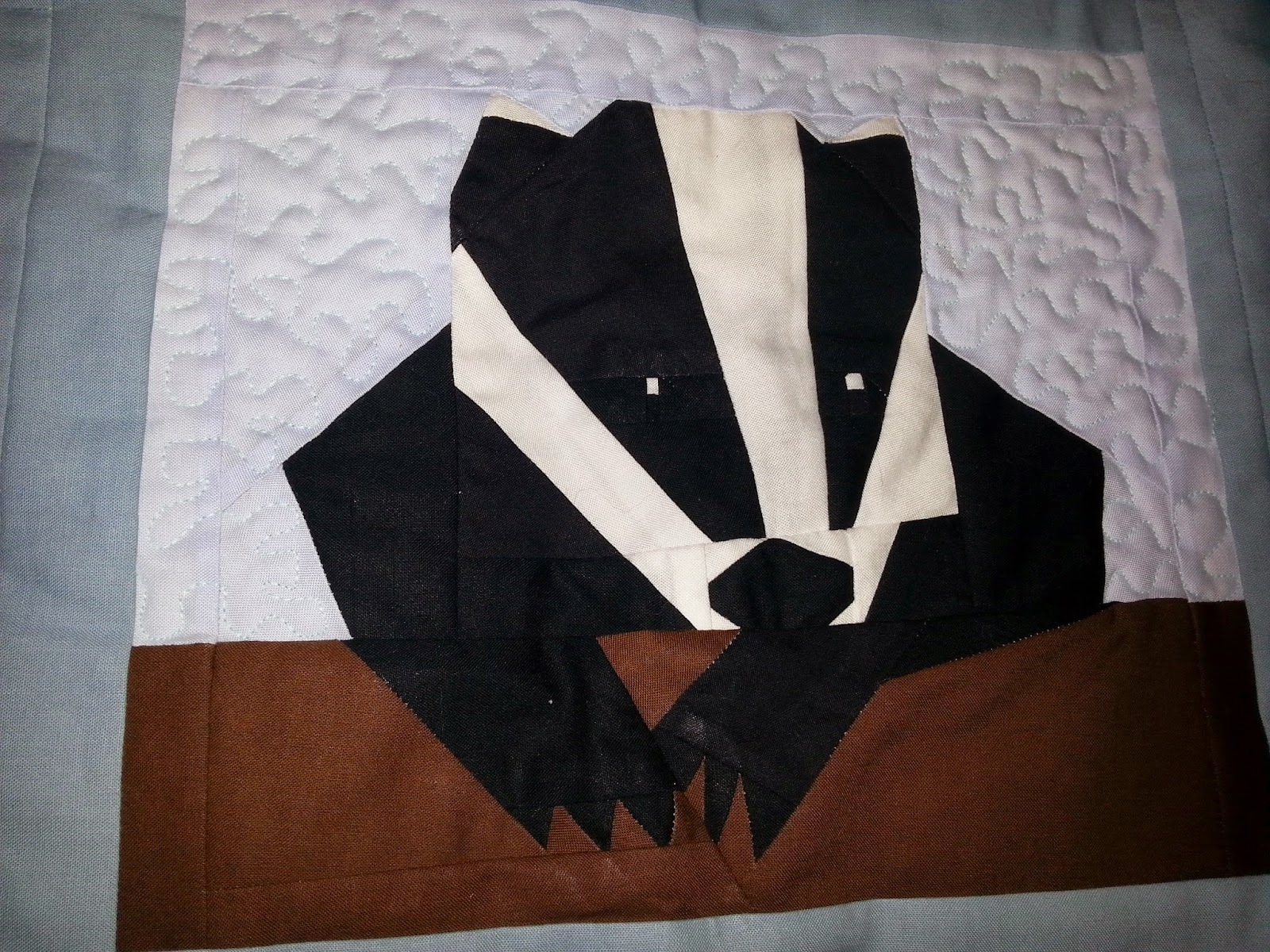 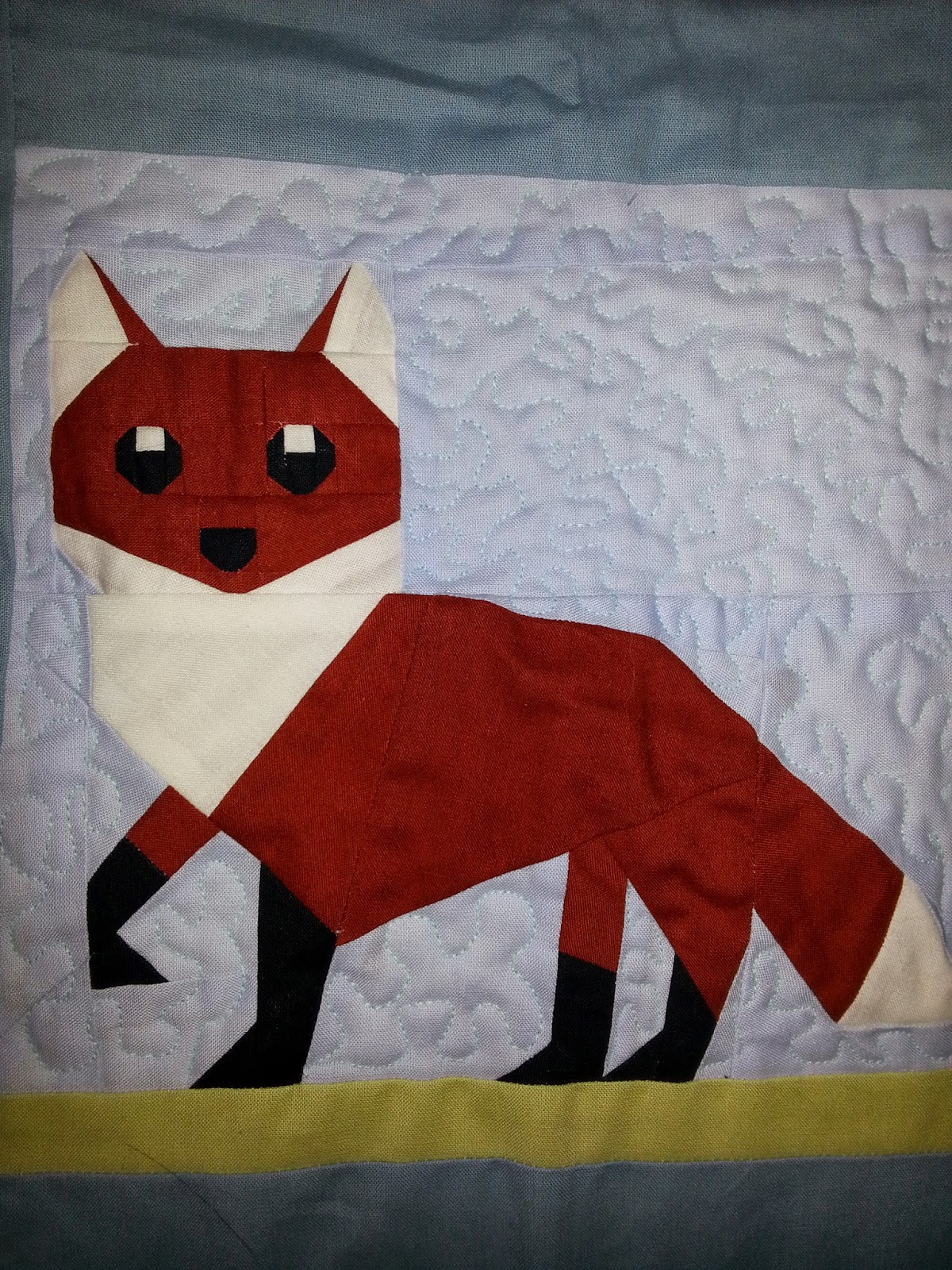